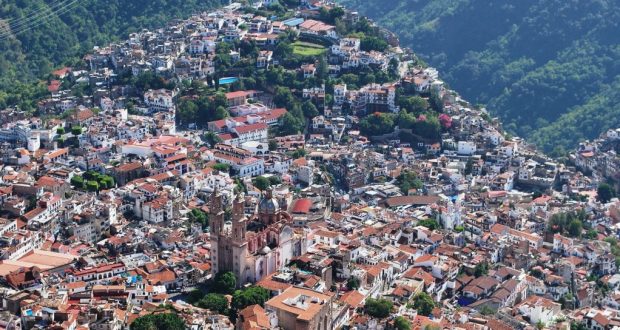 Home to more than 20 million inhabitants, sprawling and untamed, Mexico City is the very definition of a metropolis. One of Latin America’s most important economic & cultural cities, the Mexican capital mixes mansion-filled neighborhoods, colonial architecture, and gritty urbanization.

The city has its roots as the seat of the Aztecs, before Spanish conquistadores used deception to destroy them in the 16th century. Little remains of the original town, as buildings and huge cathedrals were hastily built over the main temples. In more recent times, excavations have helped reveal many lost wonders, such as the Great Pyramid of Tenochtitlán. Whenever a construction company begins digging to construct a new build, the ancient Aztec city finds its way to the surface.

Today, the capital finds itself to be an odd mix of the hip and hardworking, of affluence and poverty. Around the fashionable tree-lined areas of La Condesa and Colonio you’ll find boisterous musicians alongside enthusiastic artists. The café culture is vibrant, and the trendy nightlife is beautifully contrasted amongst the colonial-era architecture.

The contrasts continue in the south where there are gated, super-rich neighborhoods alongside the youthful University City, and former home of Frida Kahlo. Although the north and east are poorer and viewed as a little less safe, there are many significant cultural sites dotted all over the city.

Known all over the world, and for good reason, is the Mexican cuisine. Culinary traditions from across Mexico find their home in the heart of Mexico City. Whether you try a street stall, hole-in-the-wall eatery or up-market restaurant, you’ll be sure to find excellent food. With a growing middle class, international fare is increasingly common, with Japanese and Western European cuisine finding their way into the market.

Although many picture an endless urban sprawl, Mexico City is home to huge swathes of parkland. One of the largest parks in the world, the Bosque de Chapultepec is worth a visit, as is the Desierto de los Leones, the forested wilderness on the city’s South West fringe.

Explore further and take a trip through Mexico City’s ancient canal system in Xochimilco ontop a brightly painted open-top trajineras  (barge). These are the remnants of the lake which the original Aztec city used for defence – a crucial part of the city’s rich history, that’s all but forgotten after the conquest. The lake was initially drained by the Spaniards, and the pressures of providing water to 20 million inhabitants is reducing the aquifers further, meaning that the city itself is slowly sinking.