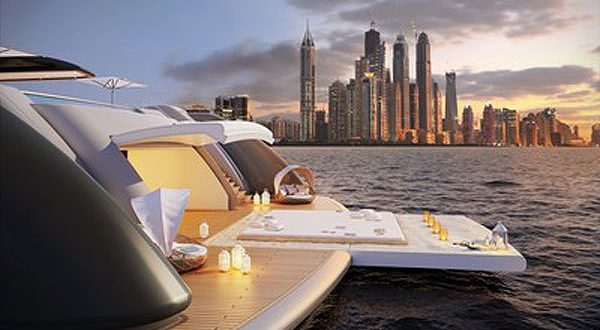 The top 5 destinations to watch

Not since the revolutionary 1960s has the sunbleached Golden State shone this brightly. In Trump’s America, New Bohemians find a safe haven in California, coming here in droves looking for sunshine and a sustainable way of life. Rootsy migrations are happening across the state, a type of deurbanisation as hipsters and hippies alike look to move away from the cities, and into the hinterlands of desert & wine country where they can lay down roots. A promised land for musicians, the beat of the creative community in Joshua Tree National Park continues long after neighboring Coachella has wrapped up.  LA musician Brian Smirke, who has created a couple of secret boho hideaways in Joshua Tree, views these tiny towns as the current generation’s Big Sur. A common appreciation of the desert’s beauty is what brings together adventurers and like-minded artists. Nearby, Palm Springs has a vibrant buzz reminiscent of 1959.

Similar things are happening in Northern California, with Headlsburg and Sonoma County being viewed as the new Napa Valley. Speaking of Healdsburg and SingleThread (one of these most highly anticipated restaurant openings in the US), Sybil Kapoor writes “65 miles north of San Francisco, [Healdsburg] is the secret darling of American foodies.” In contrast to Napa, farm-to-table is the prevailing ethos here, with smart & left-leaning San Franciscans championing the idea of living off the land. British Airways are opening new & direct flights between London & Sacramento, opening Northern California to a new generation of Britons longing to wear flowers in their hair once again.

Finding it hard to stick to New Year’s resolutions? Make this year’s to go somewhere you’ve never been before, and make that place Cambodia. Immerse yourself in one of the world’s greatest wonders in Angkor Wat, before heading for the coast. For travellers looking for something a bit different, Cambodia’s southern coast is looking to be one of the hottest beach destinations in South-East Asia. With hundreds of tiny islands scattered around, there are more than enough idyllic white-sand beaches lapped by translucent turquoise seas. There’s barely a soul around, and the people who do meet are the sweetest.

For those independent travellers out there, head over to super lo-fi and laidback Rabbit Island. You’ll be greeted by rustic beach huts and cobbled-together beachside restaurants, where you can be toe-deep in sand while enjoying some fried crab.

For the past few years, Song Saa has been the superlative beach resort, and  two new places to stay have popped up in 2017. Six Senses Krabey Island will provide guests with 40 pool villas and setting itself apart, an observatory and an outdoor cinema Paradiso! The Alila Villas Koh Russey is a villa resort that resides on its own island, along with 2km of stunning beach, taking a mere 15 minutes by boat from the coast.

A joyous trend in 2016, hygge (hoo-gah) is the Danish concept of coziness and warmth, bundled in with feelings of wellness & contentment – things we can all do with more of.

Keep this in mind and take yourself on a hygge holiday this year. Regularly voted as one of the world’s happiest countries, Denmark’s quality of life is exceptional. We can all picture those handsome Danes, smiling with their perfect teeth as they cycle back to their perfect homes.

Heal the soul with a city break in Copenhagen. Take in the fresh air while you absorb the beauty of this stylish city. Aarhus, Denmark’s second city near the beaches of the east coast, is a fantastic alternative, and was named European Capital of Culture in 2017. Get stuck into Aarhus’ exciting art scene through the ARoS Aarhus Art Museum, or visit the revitalized docklands and take in the live music and buzzing bars.

Most exciting is the food scene in Denmark right now, with 16 Michelin stars across Copenhagen alone – home of ‘best restaurant in the world’ Noma of course – and three in Aarhus. Local ingredients presented as works of art, paired with divine interiors – hygge indeed.

Utterly beguiling and heavenly, Belize could very well be top of our holiday destination list year after year. If there weren’t enough reasons to visit, Francis Ford Coppola has opened Coral Caye, his private Caribbean island, available for stays (or rent the entire island if you prefer!) This jungle-covered island is two-acres, and dotted with wooden cottages, outdoor showers, hammocks and palm trees. Leonardo DiCaprio is also looking to open up his own luxury eco-resort, transforming his Blackadore Caye. According to DiCpario, the suites will be Mayan-ruin inspired, and like heaven on earth.

Michelle Jana Chan recommends Chile for the perfect star-gazer’s holiday. Before the new moon emerges, the Milky Way is bright enough to cast a shadow in the dead of night!

For the first time, British Airways launched direct flights to Santiago in January 2017. Distant travellers now have a whole new part of the world opened up to them, including the Atacama Desert. Luciano K is a new boutique hotel in Santiago, and is a superb Art Deco gem in the
fashionable Lastarria neighborhood. Reopened in 2017, hotel Explora Atacama is the original wilderness hotel in the Atacama, now completely overhauled and modernized. One item to add to your bucket list – viewing the spectacular rock formations & landscape of the Atacama from a hot-air balloon – just give Balloons Over Atacama a visit.