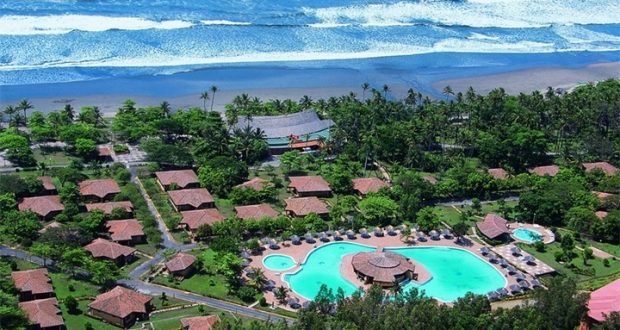 Nicaragua, legendary land of lakes and volcanoes, also lays claim to deserted beaches, vibrant colonial cities, and wildlife-rich rainforests. In short, it’s Costa Rica without the crowds, at least for now! Nicaragua is the largest country in Central America, as well as one of the cheapest, and one of the safest. Visitor numbers are on the up and up, and this is no surprise.

Although Nicaragua may not be rich in standout cultural attractions, it more than compensates with its abundance of natural beauty. Hotbeds of biodiversity, the reefs are rainforests teem with monkeys, jaguars, and countless bird species (although it remains to be seen how idyllic this image will remain once the Nicaragua Grand Canal has been built.)

Fertile ground for thrill-seekers, the country’s wild landscapes offer up many adventures. Travellers can go biking, hiking, kayaking, or even take to the country’s iconic crater lakes for some wild swimming. Additionally, they can speed along zip-lines high above the jungle, go scuba diving & immerse themselves in the iridescent coral, or ride the world’s biggest waves. If this all sounds a bit much, perhaps kicking back is the path to take. Overlooking the shimmering Lake Nicaragua, relax on the twin peaks of Ometepe Island, or take a boat to the Indío Maiz Biological Reserve and enjoy the largest area of virgin rainforest north of the Amazon.

Those yearning for the city life should make their way to Granada or León. Two of the prettiest colonial cities Central America has to offer, they’re both gateways to nearby attractions & hubs for travellers. Granada is the perfect base from which to explore Masaya’s volcanic park, zip-line over the cloud forest in Mombacho, or take a cool swim in Laguna de Apoyo. From León you’re able to climb the Maribios volcanic chain, pick coffee beans in the temperate northern highlands, or snowboard down Cerro Negro’s still-rumbling slopes.

The surfers-at-heart take to San Juan del Sur, searching for the perfect wave, and often find it. In addition, the city offers a buzzing party scene. The archipelago of the Corn Islands brings you everything you would expect of the Caribbean, without the sky-high prices. Grab yourself a beer and join the party – your adventure’s only just begun.