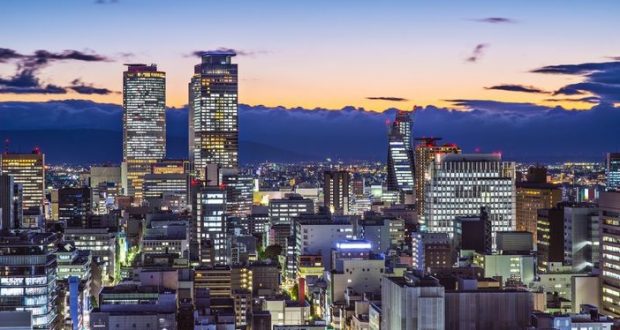 Manufacturing and Industry are on the rise here due to the region’s affluence and prosperity. Major companies such as Toyota and Noritake are based in this city. There is also no shortage of interesting and unique sights to be experienced.

The Atsuta Shrine stores over 4,400 national treasures within its walls. This shrine has been around for more than 2,000 years adding to the city’s rich history and culture. A staggering 70 festivals take place right here in the city of Nagoya every year. These festivals bring a large rise and boost to tourism and visitor attraction.

Nagoya Castle was built in 1612. WW2 brought destruction through fire to this castle where much of it actually burned down as a result of bombings during that time. 1959 was the restoration year for this castle with much of it being restored to its original state with a few modern flares and finishing touches added to the renewing of this landmark. The roof of this castle is adorned with a tiger headed carp which is the symbol of the city of Nagoya. As Toyota’s hub and headquarters it is fitting that there is a museum in the city called Toyota Commemorative Museum of Industry and Technology. This museum is filled with old machinery and various vehicles from history and more!